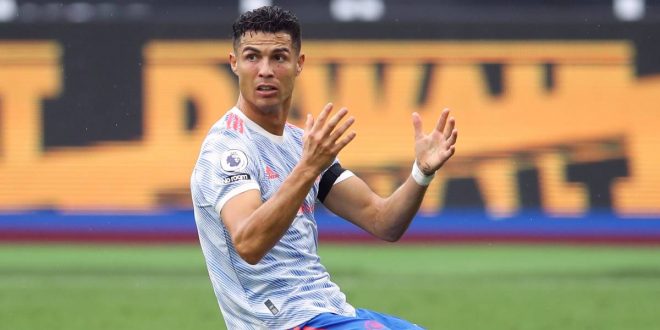 Manchester United footballer player, Cristiano Ronaldo has been reportedly scammed by a Portuguese travel agent up to an amount of £250,000.

The accused person, Maria Silva, 53 is said to have also scammed Cristiano Ronaldo’s super-agent Jorge Mendes an amount of £14,000, and Manchester United’s former winger, Nini out of more than £1,500.

Reports from the Portuguese newspaper Journal de Noticias on Sunday reveals that this has led to the travel agent getting four years suspended prison sentence at a court in Porto.

Cristiano Ronaldo was said to have given his statement to the police in Porto after flying a private jet to meet up with his lawyers and was freed from having to attend her trial after the accused person made a full confession.

The scandal was revealed by Journal de Noticias after the travel agent, Maria Silva breached the trust Cristiano Ronaldo placed in her by giving her his credit card pin code and details.

She said to have scammed the football star out of £245,770 which she corresponded to around 200 trips that Ronaldo never made.

Maria Silva reportedly carried out the fraud by getting clients to transfer cash for travel she arrange for them to her account instead of the travel agency she works for or business account.

She later bills the trips of her clients from her victim’s (Cristiano Ronaldo) account who had given her hid credit card details to fill her company’s accounts record.

The accused Maria Silva agreed to have been quizzed by the police in October 2013 as she declined to answer all questions by the police but made a full confession in court and was found guilty of fraud and forgery.

I'm a radio Dj,blogger,teacher and entertainment critic who loves music and like promoting creative art to the world.
Previous “Ghanaians will continue streaming Nigeria music if you guys don’t stop churning out substandard songs” – YouTuber replies DBlack
Next Police to amend charges against Rev. Owusu Bempah and four others