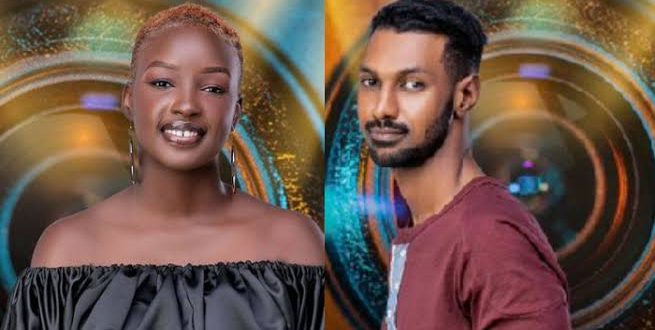 BBNaija 2021: Saskay And Yousef Evicted From The House

As it’s being done traditionally in the most prominent reality show in Africa, Big Brother Naija housemates nominate each other for possible eviction from the third week and it continues till the end of the show.

As several housemates have been kicked out of the house, Angel, Saskay, Emmanuel, Cross, and Yousef were those who were put up for possible eviction this week.

The host of the show, Ebuka Obi-Uchendu kickstarted today’s eviction show by tackling Whitemoney’s comment to Cross that he should apologize to Nini after they had a squabble a few days ago.

He, however, proceed to mention Cross and Saskay to stand up but at the end of his speech he noted that it’s the end of the road for Yousef and Saskay

I'm a radio Dj,blogger,teacher and entertainment critic who loves music and like promoting creative art to the world.
Previous I Invested My Money, Time And Body On My Boyfriend And He Still Dumped Me For A Pros.ti.tute – Shugatiti Reveals
Next Today’s front pages: Monday, September 20, 2021