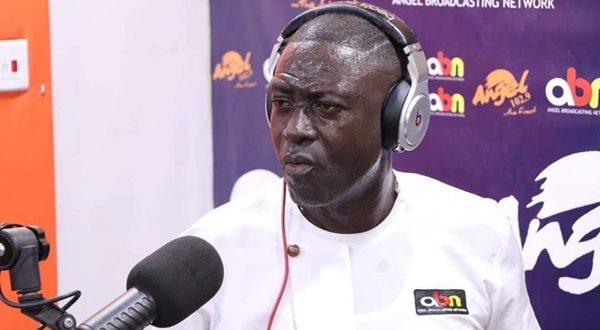 The report says the business magnate has resorted to all means to get back his car but he has not succeeded. To this end, a bench warrant has been issued by a competent court of jurisdiction for Captain Smart to return the car.

Meanwhile, Hopeson Adorye and Ernest Owusu Bempah have further reported the fiery radio and TV personality to the IGP for his arrest for disrespecting a bench warrant.

Moreover, the founding fathers of the Fixing the Country Movement have revealed in a separate interview how Captain Smart once duped his own boss Dr. Kweku Oteng and ended working for him at Angel FM to offset his debts.

Speaking on Wontumi TV, Hopeson Adorye together with Ernest Owusu Bempah revealed that Captain Smart decided to resign from Adom FM because Dr. Oteng had been searching for him to arrest for defrauding him.

“Dr. Oteng once went to visit former President Kufuor and saw Captain Smart in the house. As soon as Smart saw him, he didn’t want to be embarrassed so he agreed to work for him at Angel FM to offset the money he defrauded from him”, Hopeson Adorye said.

He also debunked claims Captain Smart resigned from Adom FM. He made it clear he was sacked but got wind of the decision by management earlier so tendered in his resignation letter to join Angel FM- where he was also dismissed.

Mr. Adorye therefore warned management of Onua TV and TV3, to be wary and expect the same curse to hit them from their new employee.

I'm a radio Dj,blogger,teacher and entertainment critic who loves music and like promoting creative art to the world.
Previous [Audio] I’ve received just GHS 2,000 as royalties since I started music – Stonebwoy
Next Ayisha Modi Reveals She Spent 1.7 Billion On Moesha To Get Her Better