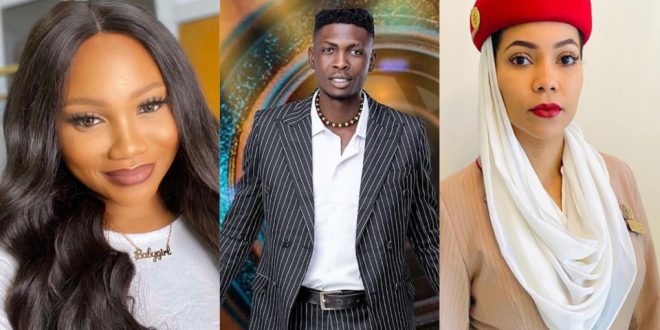 The ongoing BBNaija reality show has had its third eviction as three housemates have been evicted from the house.

Six housemates were put up for eviction this week and they include Queen, Pere, Cross, Sammie, JMK, and Maria.

JMK who was sent into the house after the first eviction of the show was the first housemate to send packing among the three evicted housemates.

As the host, Ebuka Obi-Uchendu asked her about her feelings she noted that she doesn’t feel pain another defeat as she was not bothered.

Maria, who was got angered after she was put up for the eviction last year unlucky found herself fingered for today’s eviction too.