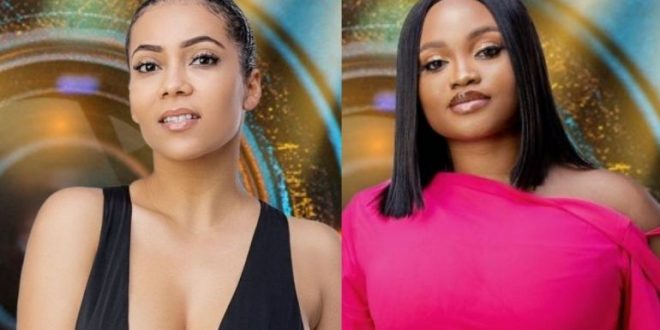 The third set of BBNaija housemates who are going home tonight is currently ongoing as JMK has already been sent packing to leave the house.

She has however revealed she’s happy that she’s leaving the house as she doesn’t seem to be bothered after being in the house for two weeks.

She was part of the new housemates who were introduced in the house on the third week of the show including, Michael, Queen, Kayvee, and others.

During the show, she was asked by the host, Ebuka Obi-Uchendu about how she feels and she claimed she’s quite excited as she doesn’t feel any pain of defeat.

Meanwhile, the fan-favorite of the most prominent reality show in Africa, Big Brother Naija’s housemate, Maria Chiki has been named to follow suit as she has also been evicted from the house.

I'm a radio Dj,blogger,teacher and entertainment critic who loves music and like promoting creative art to the world.
Previous BBNaija 2021: Maria, Sammie, And JMK Evicted From Big Brother Naija House
Next 2022 WCQ: Black Stars to open camp on Tuesday for Ethiopia and South Africa games