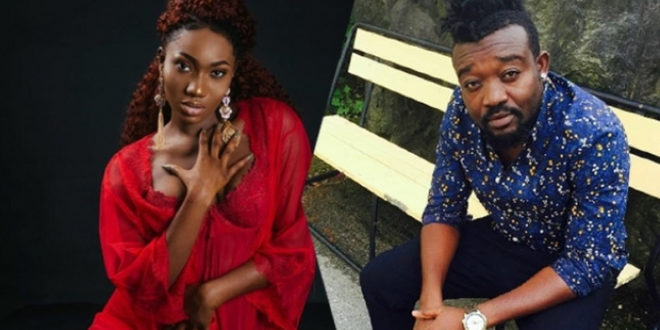 Ricky Nana Agyemang populaly known as Bullet, the CEO of Rufftown Record has been accused by longtime friend, Dry Bones Africa of stealing his song for Wendy Shay.

According to Dry Bone Africa in an interview on CMGH TV monitoring by Shinemegh.com dry bones said Bullet stole his “Masakra” song and rewrote it for his artist Wendy Shay to sing.

“Masakra” is one of the hit songs released by Wendy Shay under Rufftown Records. He disclosed that he used to sing the song when they were usually together and had plans of releasing it but had issues with financing the recording session and moreover, he wanted his song to be a slow highlife type of genre.

He disclosed that bullet has been his friend for many years, He recounted how Bullet used to come to his barbering shop and how they did almost everything together.

According to him, he has summoned Bullet over the issue to the copyrights committee. He finally added that Bullet demanded that the issue should be settled amicably out of the Copyright Commission but he is yet to hear from Bullet concerning the song.

I'm a radio Dj,blogger,teacher and entertainment critic who loves music and like promoting creative art to the world.
Previous Sarkodie, Shatta Wale And Beyonce Nominated for Urban Music Awards
Next I Make $25,000 Just By Farting On Camera – Lush Botanists