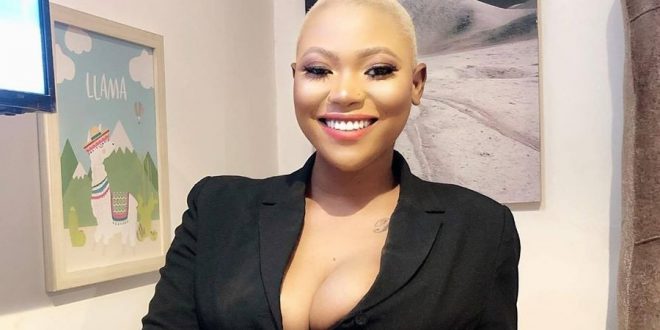 Popular Ghanaian slay queen and Instagram model Enyonam well known as Farcadi, has voice out her reasons for bleaching.

Queen farcadi in an interview with DW TV. She said she has to change her God given colour because she wanted to be liked by men.

She added that, bleaching her skin has given her the attention on social media just as she wanted, and some business deals.

She went ahead to add, that doing that made her popular and men began to give her attention as well as other good deals for modeling roles.

I'm a radio Dj,blogger,teacher and entertainment critic who loves music and like promoting creative art to the world.
Previous “I’m getting so much love from Ghana” Because of Sarkodie – Kenyan Female Presenter
Next 70% Fresh Girls “Tonga’s” Are Tasteless – Man Says