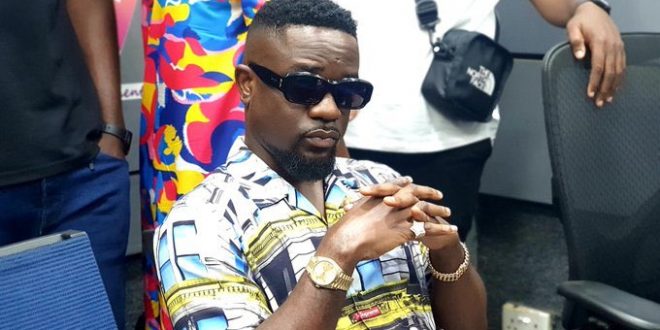 Sarkodie moves to Kenya for ‘No Pressure’ album promotion

Ghanaian rapper Sarkodie is done with his music promotion in Nigeria and is headed to Kenya.

He made the announcement on his social media handles, asking Kenyans to watch out for him as he visits their country.

While in Nigeria, the ‘Highest’ rapper embarked on a media tour and subsequently an album listening session to activate his brand and promote his latest ‘No Pressure’ album.

He also took the opportunity to fraternize with the Nigerian community and establish new networks.

In Kenya, he expected to carry out similar activities to make sure his album gets prominence in that part of the continent.

For many Ghanaians, this is a good move by Sarkodie to gain more dominance outside Ghana.

Being his 7th studio album, Sarkodie explains that No Pressure seeks to tell that he is not going to be worried about people’s expectations of him but be focused on doing what makes his craft tick.

I'm a radio Dj,blogger,teacher and entertainment critic who loves music and like promoting creative art to the world.
Previous Tell The Woman You’re Dating She’s Mistaking You For Her Father When She Demands Money – Reno Omokri Tells Men
Next Slap Any Pastor Who Attempts To Kiss You – Prophet Tells Women