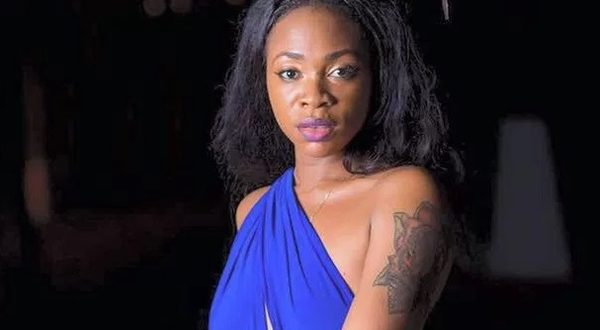 Michy, the baby mama and ex-girlfriend of Ghanaian entertainer, Shatta Wale has lamented bitterly over how life is unfair to women.

In a video she posted on her Instagram page, Michy who was recently accused by Magluv of having an amorous affair with Nana Appiah Mensah aka Nam1 whilst she was still dating Shatta Wale bemoaned the fact that when women boobs fall flat, it never rises unlike men whose pen!s falls and rises.

You would recall that Mich came under fire on social media in 2017 after allegedly going under the knife to lift her fallen b00bs said nature is unfair to women.

“Hmmm…I’ll never understand why life is so unfair [to women],” she said.

I'm a radio Dj,blogger,teacher and entertainment critic who loves music and like promoting creative art to the world.
Previous Today’s front pages: Thursday, August 19, 2021
Next ‘Forget about your Jollof, Ghana Jollof is the best in the world’- Sarkodie boldly tells Nigerians while in Lagos