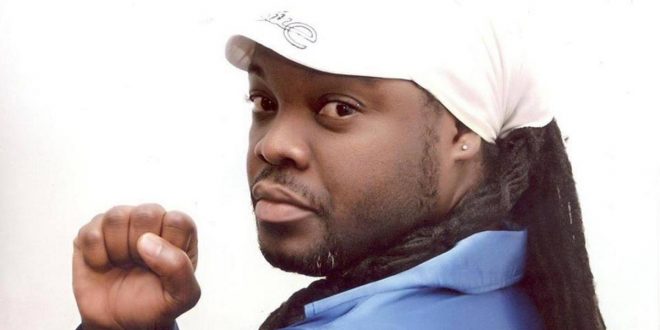 In a chit-chat on XYZ  Tv, Barima Sydney made it emphatic that he doesn’t believe in God but the purported son of God – Jesus Christ.

“I’m a believer not Christian, I’m a true believer of Christ, everyone can be a Christian cos everyone goes to church, a believer is the one with the Holy Spirit. I don’t mention God I mention Christ Jesus … me I don’t use God the G.O.D no no I use Christ Jesus, he is my lord and personal savior that’s it “

Explaining why he doesn’t believe in God who’s the father but his son instead, He said;

“Which father? You see it’s the same Jesus Christ . Are you telling me that if you enter heaven now you will see three chairs , your God on one of the chairs then your Jesus and Holy Spirit ? Is that how you picturing heaven to be? It’s just one seat and it’s Christ Jesus who sits on it and he’s the Holy Spirit over there now … He manifest himself everytime.. first he used to deal with us directly as the father then he realized that it won’t help so he had to come as flesh .. nipa.. he came to have a feel of our flesh and to tell us all we need to know, after he left and asked the spirit to stay with us, it’s like an egg it’s one but has various parts .. They say God the father son and Holy Spirit but God in 3 person .. so he’s one

I pick Jesus rather than God because the Bible has made me understand that no one comes to the father except through Jesus, if you don’t believe in Jesus everything is waste . Has any one called on God during an accident it’s Jesus we all mention.. so why do i waste time mentioning God God God is Jesus Christ”

As a reminder, Sidney Kofi Ofori is a Ghanaian hiplife recording artist and entrepreneur known by the stage name Barima Sidney. He was born in Accra, Ghana, and spent his formative years schooling there. He went to Harvard College and then West African Secondary School where he finished in 1996.

I'm a radio Dj,blogger,teacher and entertainment critic who loves music and like promoting creative art to the world.
Previous CAF addresses Asamoah Gyan as LEGEND at AFCON 2021 Draw
Next I’ve not retired from football, expect my Black Stars return – Asamoah Gyan