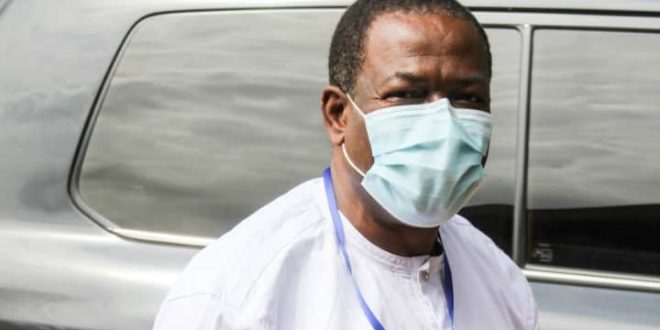 Former Minister for Chieftaincy and Religious Kofi Dzamesi, has been appointed the Chief Executive Officer of Bui Power Authority.

Kofi Dzamesi is expected to take over the role from Fred Oware, who served as the Chief Executive Officer of Bui Power Authority during President Akufo-Addo’s first term in office.

It is built on the Black Volta river at the Bui Gorge, at the southern end of Bui National Park.

The project is a collaboration between the government of Ghana and Sino Hydro, a Chinese construction company. Construction on the main dam began in December 2009.

Its first generator was commissioned on 3 May 2013, and the dam was inaugurated in December of the same year.

Kofi Dzamesi (born 1959) is an engineer and politician, hails from Dzodze in the Volta Region.

He was a Volta Regional minister under the John Kufour administration. Since February 2017 he has served as Minister for Chieftaincy and Religious Affairs of Ghana, succeeding Henry Seidu Daanaa, who was appointed by the John Dramani Mahama administration.

He is a member of the New Patriotic Party.

I'm a radio Dj,blogger,teacher and entertainment critic who loves music and like promoting creative art to the world.
Previous Most Single Ghanaian Men Are Broke – Michael Blackson Trolls Ghanaian Men
Next “Open our borders now” Aflao residents – Cry Out