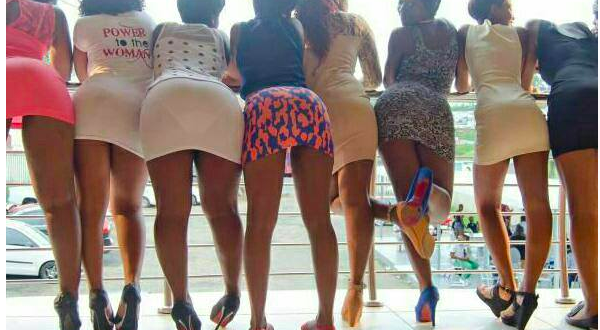 PRO of FIPAG threatens to drop names of men big men, including top pastors and politicians who patronize the services of ashawo

The National Public Relations Officer for the Film Producers Association of Ghana (FIPAG) and a radio presenter, Mawuli Epkpe Peter has disclosed that commercial sex workers play an integral role in society and therefore wants their ‘contribution’ to be recognized.

In an interview with Christian Agyei Frempong on Anigye Mere on Onua Fm, Mawuli Epkpe insisted that there is nothing wrong with prostitution.

He argued that this bunch of ladies help men who are rejected and denied sex by their women and also relieves stress.

“No one can ban this lucrative business. Banning the old trade will be a failure because those who are supposed to enforce the law are also clients.”

He further mentioned that he’s ready to drop names of regular customers of prostitutes in Accra and Kumasi if anyone tells him that their business should be banned.

I'm a radio Dj,blogger,teacher and entertainment critic who loves music and like promoting creative art to the world.
Previous Man opens restaurant where homeless people can come in and eat for free
Next FDA approves two more COVID-19 vaccines for use in Ghana