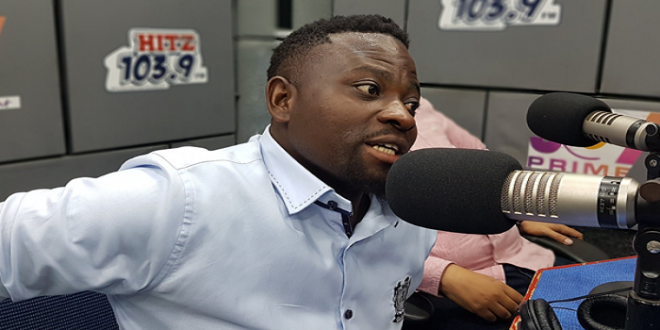 Ghanaian gospel singer, Brother Sammy has revealed that he stopped accepting offering during church services because of how women expose their cleavages when they walk up to him.

He made this known on UTV last Saturday during a conversation with actress, Nana Ama McBrown on her ‘United Showbiz’ show.

“In the olden days, women cover themselves up when performing gospel songs in church, but in this era, women lift their breast to dance to praises.”

“We have been able to stand temptations. We have done better than the old gospel musicians. In the olden days, you can’t lift your breast while praise service is ongoing in church.”

He said the temptations contemporary gospel musicians are enduring can’t be compared to the olden days. For him, women were covered up in the olden days but the new era witness naked women.

“During the days in the Bible, Peter preached to women who had covered themselves from head to toe. These days, women show a lot of flesh during worship. We are doing better. You cannot compare the temptations in the olden days to today.”

He said he quit standing in to accept offerings during church service due to how women carry themselves.

“I’ve stopped standing in to accept offerings in the church because the kind of walking ladies walk during that period is unacceptable. The new era gospel artistes deserve awards because of how we have been able to stand temptations.”

Watch the full video below.