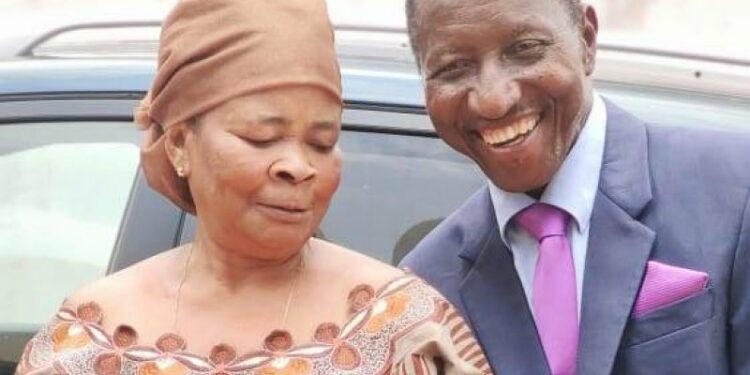 Residents of Ayitikope in the Akatsi South Municipality of the Volta Region are yet to recover from the shock and barbaric manner in which Apostle Augustine Gbedema, founder and leader of the Harmony With Jesus Ministry International and his wife, have been reportedly murdered.

Their bodies, which were discovered in an advanced state of decomposition and in pools of blood, carry visible machete wounds.

The pastor was lying outside their room, while his wife was lying in a supine position in the sitting room.

The bodies were discovered in their private residence at Ayitikope, a farming community within Akatsi South, on Saturday morning after calls to their mobile phones returned unanswered.

Mr George Gbedema, an elder of the Church, and a nephew of the Pastor Gbedema, disclosed to the Ghana News Agency (GNA) that his uncle was in his 70s, while his wife was in her late 50s.

They were last seen in public about four or five days ago.

The pastor, however, held a service on Sunday, while his nephew spoke to him the next day.

“When we got to the house, we saw the main gate locked up from outside with a padlock, and the small gate also locked with some metals,” the nephew said.

“His car was also found on the compound, so we suspected something was going wrong after several attempts to reach them on had phone failed.

“We are in a state of shock, this is sad and heartbreaking!”

Mr Gbedema indicated that his uncle was a nice man, who loved many in and outside the Church.

“It’s still really hard to believe that this is true at this point, this is a horrific and an awful tragedy,” some church members invariably told the GNA.

Meanwhile, Chief Superintendent Joseph Atsu Dzineku, the Akatsi South Municipal Commander of Police, has since confirmed the tragedy to the GNA.

He said his outfit was yet to conduct investigations into the bizarre act, as efforts were underway to convey the bodies to the morgue for preservation and autopsy.

The couple left behind a daughter.

I'm a radio Dj,blogger,teacher and entertainment critic who loves music and like promoting creative art to the world.
Previous 4 years is not enough for any President or Government to function effectively – John Dumelo
Next Ivorian Socialite, Eudoxie Yao Ends Her Relationship With Guinean Artiste Grand P Over An Alleged Infidelity