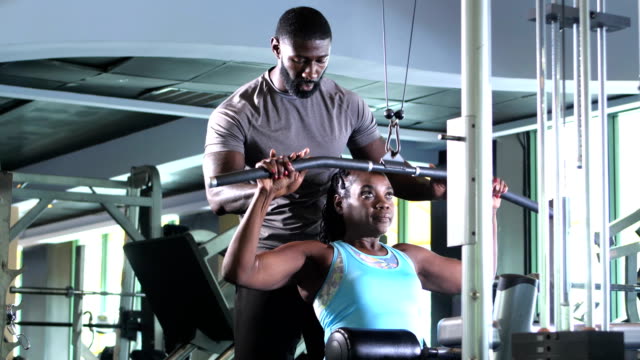 A personal trainer, a mid adult African-American man in his 30s, helping a mature African-American woman in her 50s working out at the gym, using exercise equipment to strengthen her arms and shoulders.

A gym instructor identified as Little has allegedly been gunned down by unknown assailants for sleeping with a married woman.

Details of his death as deduced from a video shared by UTV reveals that Little was shot dead in his house at around 2:00 to 3:00 AM by unknown gunmen who arrived with a motorbike.

The report says that the married woman who is yet to be identified was with Little when the unknown gunmen shot and killed him.

The report also adds the deceased had been warned severally by those close to him to sever ties with the married woman but he was adamant.

The police are at the scene to commence an investigation into the matter.

I'm a radio Dj,blogger,teacher and entertainment critic who loves music and like promoting creative art to the world.
Previous Angry Mzbel vows to release hardcore evidence about who Tracey Boakye’s baby daddy is
Next Kissi Agyebeng approved less than 1hr after his vetting