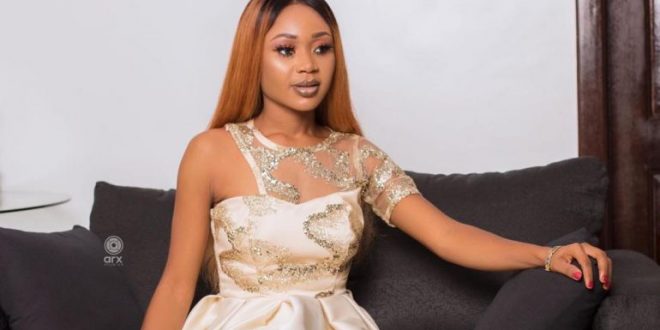 The Criminal Division of the Accra High Court will, on April 21, rule on application for bail pending appeal filed by lawyers of Akuapem Poloo.

Andrews Kudzo Vortia, lawyer for the jailed socialite, on Monday filed a notice of appeal and application for bail against the actress’ custodial sentence at the same time.

Akuapem Poloo, officially known as Rosemond Brown, was sentenced to 90 days in prison on each of the three charges after pleading guilty to them, but the court said, the sentences are to run concurrently.

The lawyer said the sentencing was harsh and a non-custodial sentence would have been best.

“…That the ninety (90) days sentence is so short that if the applicant is not admitted to bail immediately by the time the appeal is heard, she would have finished serving the sentence.

“That the Convict/Appellant pleaded guilty simpliciter and was convicted on her own plea and on all counts and sentenced to ninety (90) days IHL all counts to run concurrently.

“That I am advised by Counsel and verily believe so to be true that there has been a grave miscarriage of justice and that the trial judge erred in considering only aggravating factor in arriving at her decision,” part of the motion for bail stated.

The petition on Change.org, a popular petition website used to solicit support for campaigns, has been created under the name Ghana’s Creative Industry with some Ghanaian celebrities and socialites sharing the links for their fans to sign it online.

I'm a radio Dj,blogger,teacher and entertainment critic who loves music and like promoting creative art to the world.
Previous Ghanaian ‘slay queens’ are blindly copying from the West – Foh-Amoaning
Next Chad’s President killed after visiting frontline soldiers who’re battling rebels