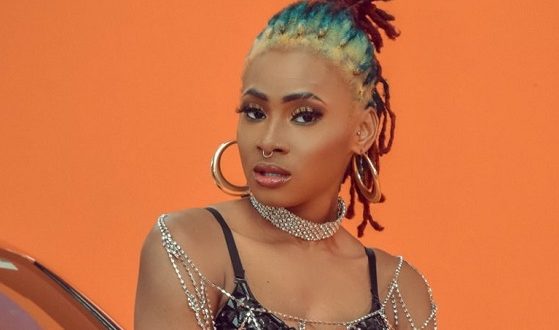 Bullet rejected my proposal; refused to sleep with me – Kiki Marley

The newest Rufftown Records signee, Kiki Marley has defended her record label boss Bullet over allegations that he sleeps with his female artists.

Kiki Marley has in recent interviews disclosed how Bullet rejected her sexual advances.

According to her, she had a soft spot for Bullet after he accepted to groom her and promote her talent.

She said Bullet turned down her proposal and that was the first time a man said no to her.

She disclosed that Bullet rather encouraged her to push forward and gain a height in the music space than passing advances at him.

While some are praising Bullet for the supposed rejection, others are of the opinion that this could be a way to diffuse the notion that Bullet sleeps with his female artistes.

Kiki Marley is currently out with a song called ‘Gym’ that features Medikal.

I'm a radio Dj,blogger,teacher and entertainment critic who loves music and like promoting creative art to the world.
Previous I can’t pierce nor have tattoos – Kuami Eugene tells why
Next Lesbianism is harmless; gays should be arrested – Obibini