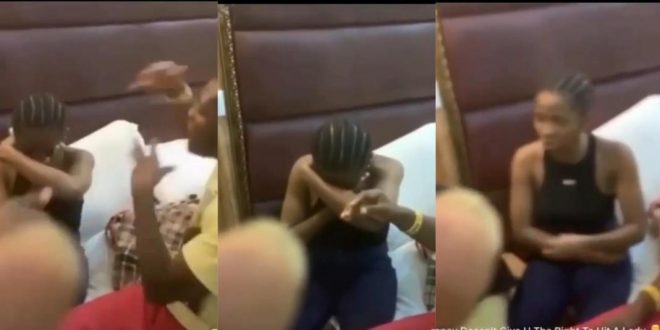 A video has been spreading on social media for the past few days that sees a young man landing a slap on the face of a lady identified as Anita.

Apparently, she was accused by her boyfriend of cheating on him.

In retaliation, Anita told that what’s the big deal if she cheated cos he also cheated on her before.

In response, the young man slapped the lady across the face and told her that he’s a man, and he’s allowed to cheat while she as a woman is not allowed to.

I'm a radio Dj,blogger,teacher and entertainment critic who loves music and like promoting creative art to the world.
Previous “Boys Ate Me Falaa Promising Me iPhone, But It Was All Scam”— Lady Cries to Nana Aba
Next Counsellor Lutterodt expelled from his church after allegedly impregnating church member and dated 6 women