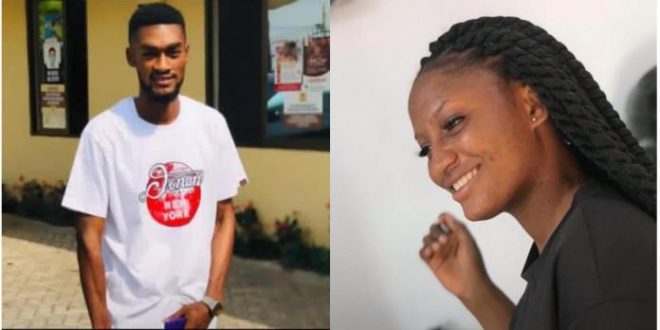 A boy has found himself in a very bad side of the law after he killed his girlfriend over suspicions that she cheated on him.

One guy killed his girlfriend in Ho, the capital city of the Volta Region over suspicions that she cheated on him.

After killing the lady, he tried taking his own life but he failed to die and got saved by a few folks around.

He was rushed to the Ho Teaching Hospital afterwards where he’s currently undergoing treatment.

The girl however was met dead in a pool of blood all around her body.

The police officers around Ho are waiting for his full recovery for the law to take its course.

See the photos below:

I'm a radio Dj,blogger,teacher and entertainment critic who loves music and like promoting creative art to the world.
Previous God Will Curse Pastors Who Don’t Give to Poor Members – Bishop Agyin Asare
Next “Boys Ate Me Falaa Promising Me iPhone, But It Was All Scam”— Lady Cries to Nana Aba