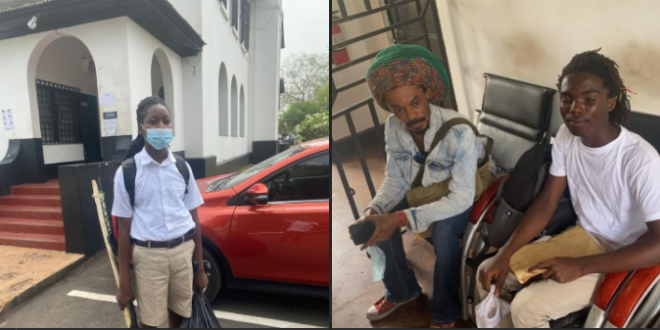 According to a report by Citinewsroom, the school rejected the directive following an extensive meeting between management, officials of GES and the parents of the two boys.

Last week, the Achimota School came under the spotlight after the school denied admission to two male students who were sporting dreadlocks.

Ras Aswad Nkrabeah, a father of one of the teenagers with dreadlocks, took to Facebook to reveal his bewilderment at the school’s decision.

I'm a radio Dj,blogger,teacher and entertainment critic who loves music and like promoting creative art to the world.
Previous “We do not win Grammy’s with ‘Hajia Bintu’ – Kwadwo Sheldon tears Shatta Wale apart
Next Nana Akua Addo Admits her Husband Cheated on Her But She Stayed Because Of her Daughters