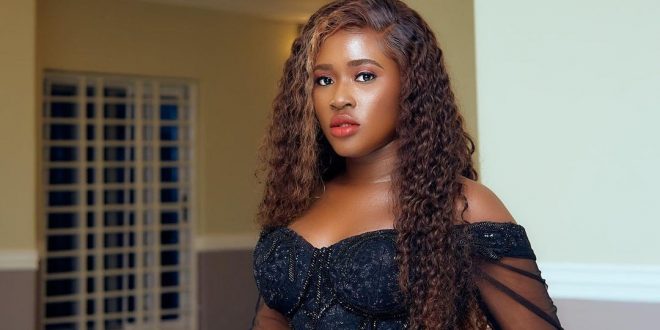 Sensational Ghanaian actress Fella Makafui is the latest recruit on the most talked-about series in Ghana titled “Stryke”.

Despite not being on the initial cast, the “YOLO” star would be the new showrunner on this series directed by renowned filmmaker Ivan Quashigah of Farmhouse Productions.

Fella Makafui adopts an intriguing role in season one of the series together with Lawyer Ntim who as usual picks up a comic character.

The Stryke series has so far received a massive commendation from movie lovers around the world as it continues to produce thrill and chills as well as being educative.

The sitcom is only available on Farmhouse movie app and you can download it from Play Store or App Store to enjoy this hilarious thriller.