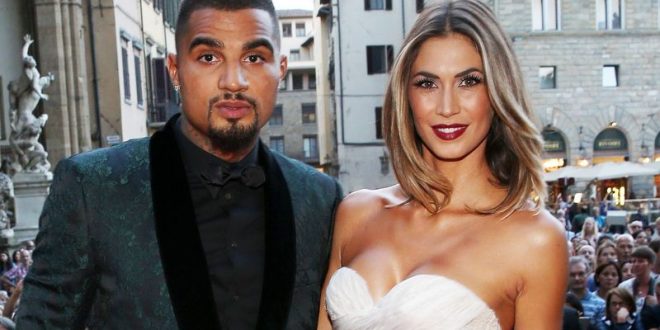 Barely two weeks ago, the footballer announced their divorce on social media after what he called a long period of separation.

“After a period of separation, we have decided to terminate our relationship permanently, in full respect of each other’s positions and in complete serenity, while we remain an important reference point for the growth of our son Maddox.”, he wrote.

Ghanasoccernet reports that Melissa is reportedly going out with a new man, just a week after leaving his son, Maddox Boateng’s father.

Italian press say the new man in Melissa’s wife is called Matteo Rivetti, 34, the son of a former well-known entrepreneur in the clothing industry

They are said to have met at a dinner with mutual friends and have been spending time together in the past few days.

Despite the separation, Melissa and Boateng have decided to maintain good relations, especially for little Maddox.

I'm a radio Dj,blogger,teacher and entertainment critic who loves music and like promoting creative art to the world.
Previous National theatre begs for $75, 000 to repair cooling support system
Next January 7th 2021 declared as public holiday