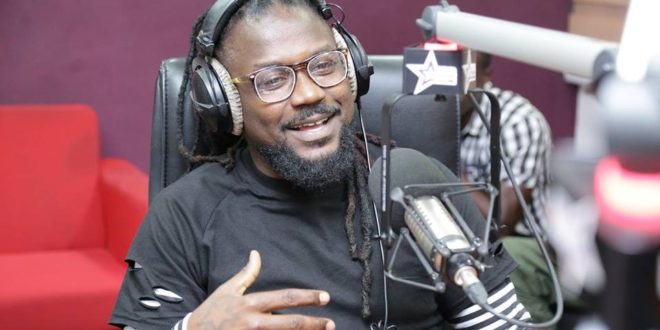 Samini Advises NPP Supporters Not To Tease People While Jubilating

Ghanaian dancehall artiste, Samini has asked all those celebrating the win of the New Patriotic Party in the 2020 General Elections to be measured in their actions.

He said they should try not to pick on their opponents who lost the election because that could generate violence and hatred.

In a video he posted on social media, Samini also congratulated the President-elect, Nana Akufo-Addo, and asked that Ghanaians rally behind him to build the nation.

He also thanked all those who played a part in the elections to make it peaceful and successful.

“Big up yourself, His Excellency Ex-President Mr. Mahama for also making it peaceful and making it calm. Big yourself, the opposition party, big up yourself NPP, big up NDC, this peace wouldn’t have been possible without all of you working together,” he added.

I'm a radio Dj,blogger,teacher and entertainment critic who loves music and like promoting creative art to the world.
Previous “Elections conducted on bribery should always end in a loss” – Leila to Dumelo
Next Kwesi Arthur earns nomination in 2020 MTV Africa Music Awards