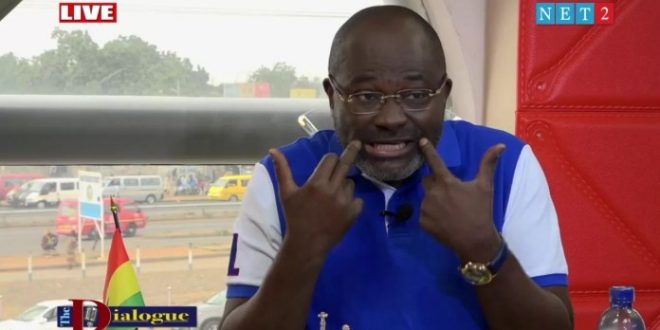 Outspoken politician, Kennedy Agyapong has won the Assin Central seat for the NPP for the 4th time.

Kennedy Agyapong has been the Member of Parliament for Assin Central since 2000 and he is one of the most loved MPs in Ghana due to his philanthropy works.

For the past four years, he won the seat in his constituency with comfortable leads.

Nurein Shaibu Miggyimah of the NDC tried his best to floor Ken Agyapong but after all ballots were counted yesterday, the latter emerged the winner once again.

Nurein Shaibu Miggyimah obtained 42.74% whiles Kennedy Akompreko Agyapong got 57.26% votes to secure the seat for NPP for the 4th time.

I'm a radio Dj,blogger,teacher and entertainment critic who loves music and like promoting creative art to the world.
Previous I have promoted the creative arts at various levels – Ayorkor Botchway
Next Fantana’s mother, Dorcas Affo-Toffey wins Jomoro Constituency parliamentary seat.