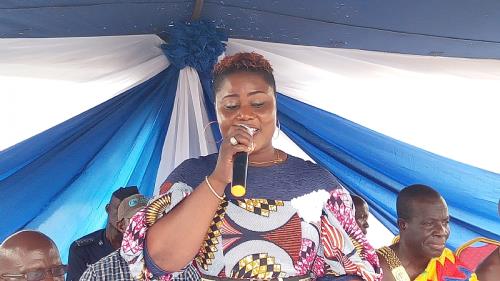 Paul Essien, who was the Deputy Minister for Chieftaincy and Religious Affairs in 2016 beat the NDC Parliamentary candidate to represent the constituents.

But Mrs Dorcas Affo-Toffey has won the seat back.

It is believed that dancehall musician Shatta Wale was the one that influenced the electorates to vote massively for Fantana’s mom.

Few days to the elections, Shatta Wale stormed Jomoro to campaign for her.

The dancehall singer has said on multiple platforms that Fantana is his cousin.

I'm a radio Dj,blogger,teacher and entertainment critic who loves music and like promoting creative art to the world.
Previous Kennedy Agyapong wins Assin-Central seat for the 4th time
Next ‘Thank you Ghana, I’ll not let you down’ – Akufo-Addo