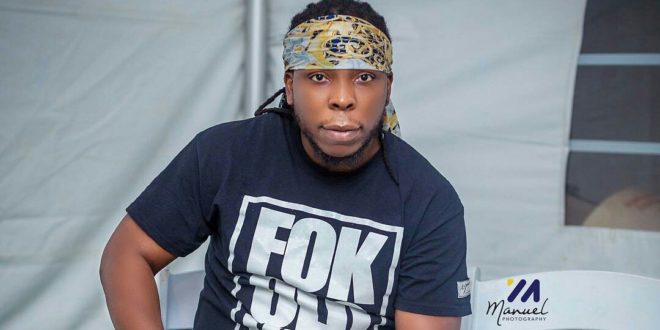 Rapper Edem details the positive impacts he thinks he made to his listeners in the world especially those from his native Volta Region.

The 2015 Best International Act-Africa award winner was a guest on E-Vibes show hosted by Becky few days ago where he revealed he is extremely proud of his role in making people understand that where they come from isn’t a problem if they are determined.

He said “I think that there are a lot of things and l will leave some for people to judge, but l think one of the things that l have been able to do is that l have reminded everybody to be proud of who they are and hold their heads high”

Speaking about the impact he made in his region, he said “ l also think that l have inspired a whole generation of young people to be able to come from the region to do things they believe can put them on the level because music in the region was just a very irregular means of making it”

I’m not sure anyone can argue this with the rapper as he single handedly put Volta musicians On the map with his local dialect raps.

I'm a radio Dj,blogger,teacher and entertainment critic who loves music and like promoting creative art to the world.
Previous Christian Atsu’s mother is dead
Next Another Curse! Kuami Eugene Curses A Follower In A Live Video Broadcast On Facebook – Watch Video