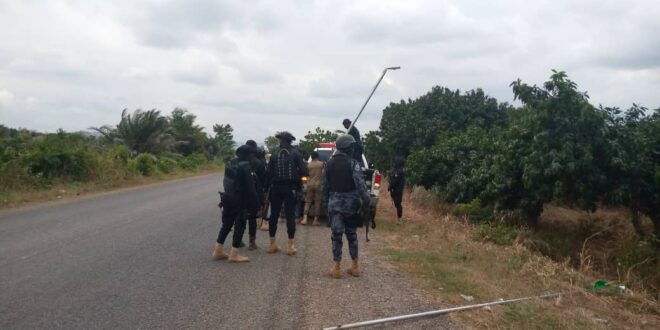 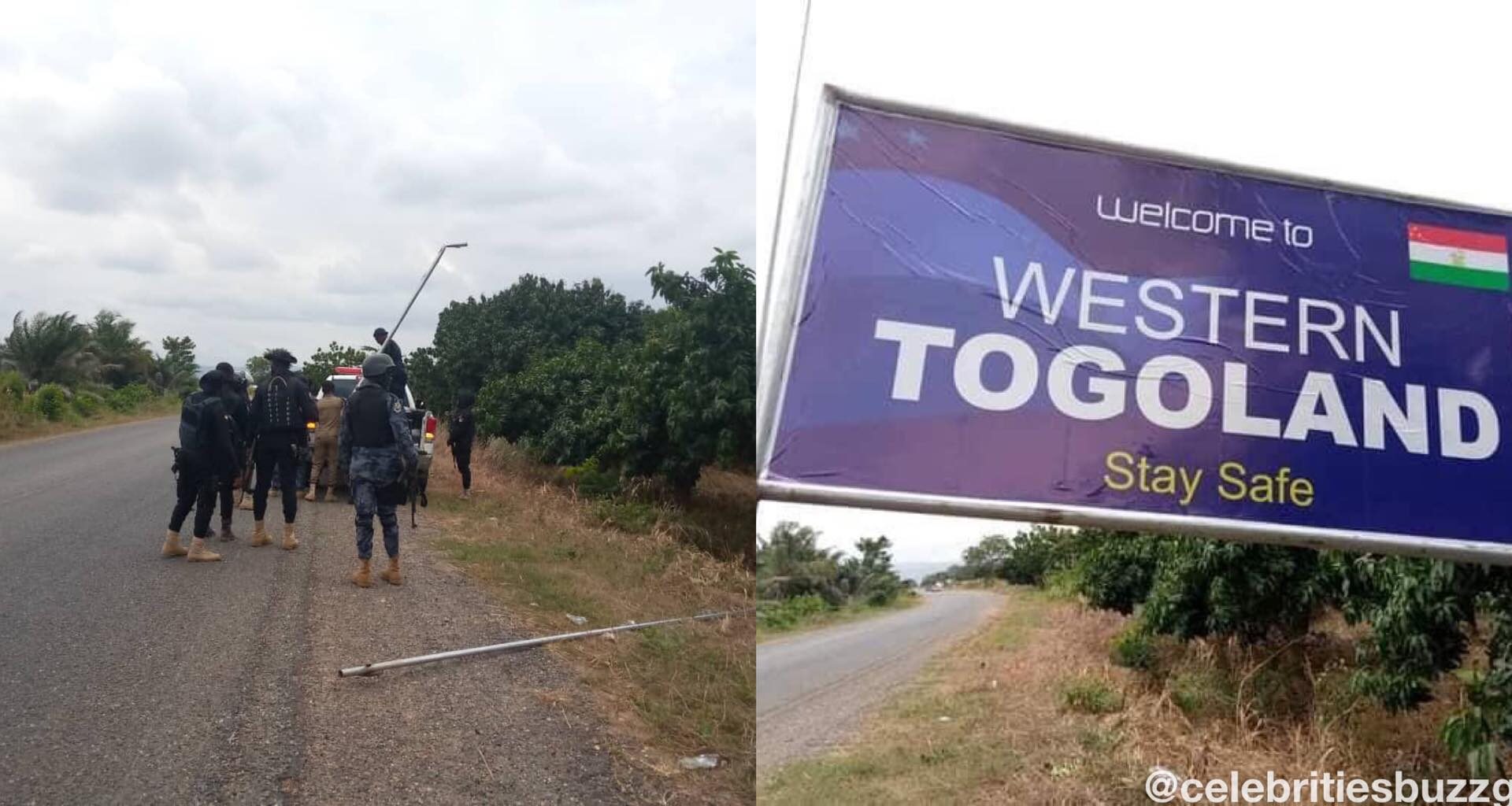 Fresh multiple reports are indicating that the Police in Somanya in the Eastern Region have pulled down signposts reportedly erected by Western Togoland activists seeking to secede from Ghana.

This is coming after photos emerging on social media shows that ‘Welcome to Western Togoland’ and ‘You’re leaving Western Togoland. Stay safe’ billboards have been spotted at Akorley in Somanya in the Eastern Region on Thursday.

The police command in Somanya has reportedly moved to the location where the signposts were erected and they dismantled accordingly.

The Volta Separatist Group is a group led by Charles Kormi Kudzordzi, also known as Papavi.

The group has argued that by the dictates of the 1956 plebiscite, the terms were no longer binding on the parties and that even certain portions of present Ghana were not considered during the referendum.

The supporters of the secession movement on November 16, 2019, declared independence from Ghana.

“Today the 16th of November 2019, the leader of Western Togoland independence Mr Charles Kormi Kudzodzi has announced the separation of Western Togoland from Ghana. He sighted numerous reasons as the bases for which the union that was not established must not be recognized. More information will soon reach the General public soon,” they wrote on Facebook.

I'm a radio Dj,blogger,teacher and entertainment critic who loves music and like promoting creative art to the world.
Previous Legally, Joyce Blessing Is Still My Wife – Dave Joy Reacts To His Wife’s Divorce Claims
Next Point Out One ‘SADA’ Legacy – Bawumia Dares Mahama