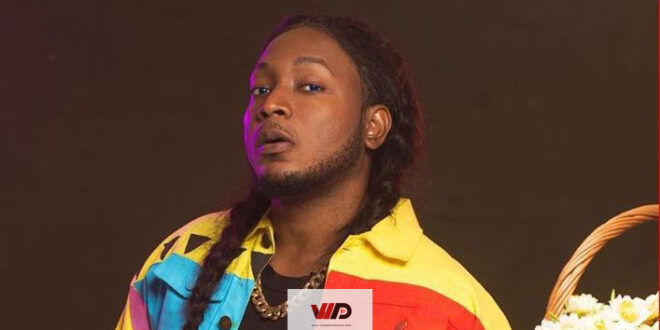 Well, new photos of him have started stoking controversy as many people are liking his new look to notorious American rapper Tekashie 6ix9ine.

According to Boroo, he has decided to do a total change of his brand, hence the name 3sixty.

“It’s a whole 360 turn. From my image, the way I look and sound. Everything has changed. I don’t know the old Nana Boroo again so it is a different person now. You have to have a look that people can relate to,” he said in an interview on Daybreak Hitz.

What may dominate media portals for the coming days, however, is his striking resemblance to Tehashi.

Nana Boroo rose to fame after the release of ‘Aha Ayede’ in 2010. He performed at almost every big event and cemented his name in the industry.

He made another significant step when he released ‘Bebiaa So So’ in 2014.

Other songs he has produced are ‘Kotofa’, ‘Be My Honey’, ‘Don’t Disturb’, ‘Broken Heart’, among others.

He is currently out with a song titled ‘Dangerous’.

I'm a radio Dj,blogger,teacher and entertainment critic who loves music and like promoting creative art to the world.
Previous NDC to launch manifesto on August 31
Next Patapaa outdoors a new hairstyle as he rebrands to ‘Kumerican Weezy’