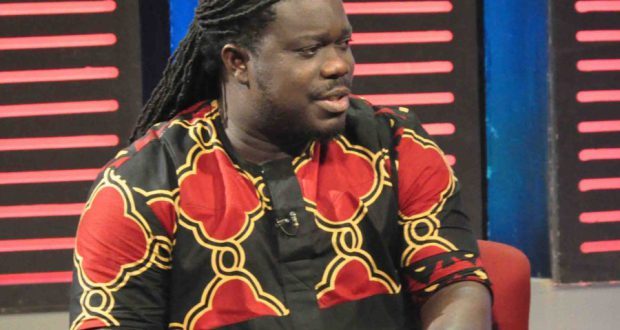 Ras Caleb Appiah-Levi, the Greater Accra Regional Chairman of Musicians Union of Ghana (MUSIGA), is dragging the former President of the Union, Bice Osei Kuffour and four other executives to court.

Caleb, who is also a Presidential hopeful for the union is using these officials for what he calls “maladministration and misappropriation of funds.” 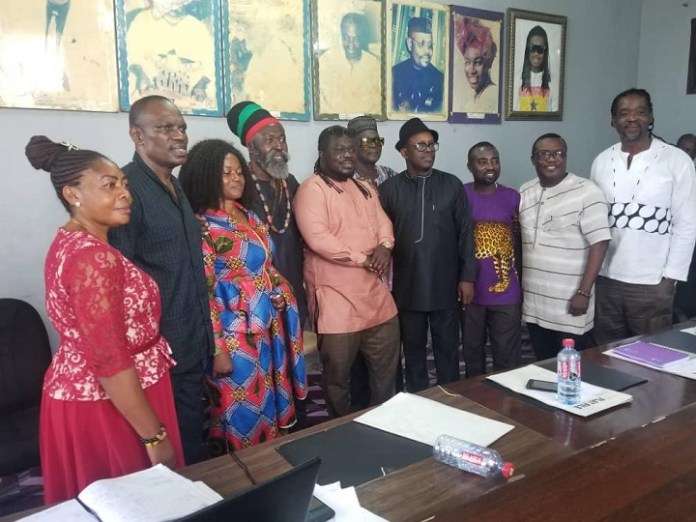 According to Caleb, Obour’s administration did not release any information on how the Union’s funds were spent.

He also stated that Obour never presented any handing over notes nor did he render accounts when leaving office.

Read the full statement by Ras Caleb Appiah below:

TO WHOM IT MAY CONCERN

RE: FORMER MUSIGA PRESIDENT OBOUR AND FOUR OTHERS SUED OVER MUSIGA CASH

I, MUSIGA Presidential aspirant Ras Caleb Appiah-Levi, and also the Regional Branch Chairman for MUSIGA Greater-Accra has instituted legal proceedings against the former MUSIGA President Mr. Bice Obour Osei Kuffour and four others at the High Court of Justice for maladministration and misappropriation of funds of the Musicians Union of Ghana (MUSIGA).

There are lots of allegations and counter allegations from majority of musicians and stakeholders of how MUSIGA has been mismanaged by the former President’s administration.

We cannot rule away some of these allegations especially when members think they are not treated well by the very people they elected to steer the affairs of the Union they all belong to; and the structures thereof.

No information is being released or communicated to the entire membership as to how the Union’s FUNDS were spent.

To this end, I Ras Caleb Appiah-Levi, found it prudent to request for a forensic audit, and leadership of service and accountability of the administration of the former MUSIGA president Mr. Bice Obour Osei Kuffour.

In leaving office as required, Mr. Bice Osei Kuffour didn’t present any handing over notes and render accounts or submit any internal audit report on the state of the Union that includes a comprehensive financial audited report of the affairs of the Union..

This, and other reasons why I as a member, an elected executive, and a presidential aspirant of the Union, am calling on Mr. Bice Obour Osei Kuffour and his cronies in administration to account for his leadership of service at MUSIGA from 2011 to date.

Based on the aforementioned reasons, a suit has been filed at the High Court of Justice, and a hearing date has been fixed for Wednesday, 10th June 2020 at 9:00 am.

I will officially release a comprehensive Press Statement in due course.

Please find attached brief copies of WRIT OF SUMMONS and MOTION OF NOTICE for your perusal. 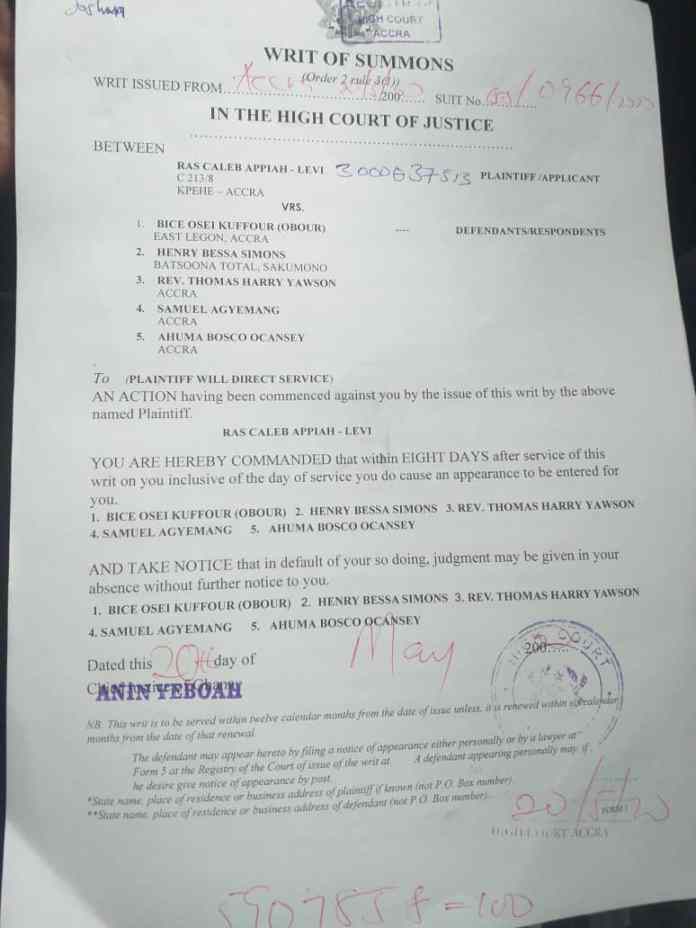 I'm a radio Dj,blogger,teacher and entertainment critic who loves music and like promoting creative art to the world.
Previous I put No Tribe on hold because of financial problems – Nacee
Next I May Start Cultivating A Weed Farm Soon – Stonebwoy Reveals