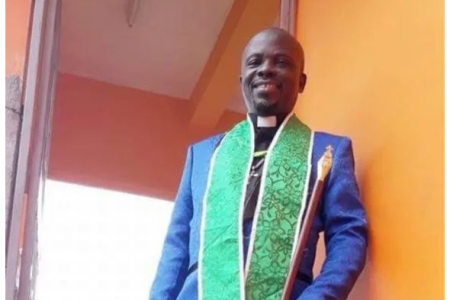 Apraku My Daughter was one of the famous preachers in Ghana in the early 2000’s.

His death comes as a shock to all. He died shortly after a video of him turn into a serious drunkard went viral on all media platforms.

Shortly after the viral video, gospel musician Sonnie Badu pledged his support to him on social media but that will be a thing of the past now. He’s gone.

Just a few weeks back there were viral reports that he had passed away but those turned out to be false. This time is confirmed.

May his soul rest in peace.

I'm a radio Dj,blogger,teacher and entertainment critic who loves music and like promoting creative art to the world.
Previous Bullet Threatens To Sack Wendy Shay If She Also Disrespects Rufftown Records
Next Ghana Police Finally Speaks On The Arrest Of Bishop Obinim