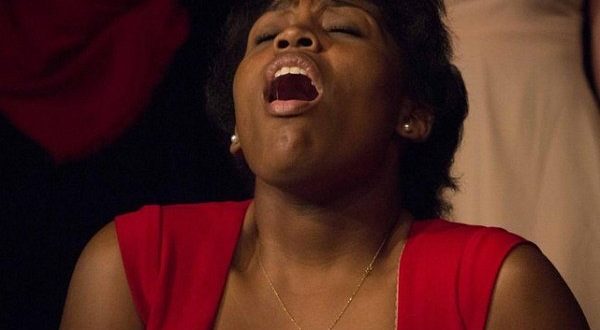 These Are Facts About Female Orgasms Every Man Will Find Interesting

Whether you’re on your honeymoon or approaching the 10-year mark of marriage, having a good sex life takes a deep intimacy that goes beyond the physical. Having good sex in marriage means knowing how your hubby’s body works and what he needs.

But more importantly, it means knowing your own needs, and owning your sexuality and pleasure! What better way to do this than by discovering new, interesting facts about female orgasms, right?

These interesting facts about female orgasms will make sex with your hubby feel new again!

1. 70% of female orgasms are clitoral in origin

Because the clitoris has over 8,000 nerve endings, it’s no wonder that clitoral stimulation is responsible for most female orgasms.

While clitoral orgasms happen more than vaginal orgasms for most women, it is possible to have both. This is what is known as a blended orgasm. This climax combo can be achieved through certain positions, such as lying on your back with feet dangling over the edge of the bed. Then, raise your pelvis during sex, as your hubby reaches in to stimulate your clitoris.

2. Orgasms get better as you age

Now here’s one good reason to look forward to your golden years, mums. According to Dr Debby Herbenick, a sex researcher and author of Because It Feels Good, the quality and frequency of orgasms improve with age.

Though there is no specific reason as to why this is so, we’re certain it has something to do with the level of sexual experience and confidence that comes with age.

3. Your self-esteem is linked to your ability to climax

For many women, being confident in their own skin and secure in their relationship is a prerequisite to achieving the big O. More specifically, a woman who has no insecurities about her intimate parts can have better quality orgasms.

Why? Like we said, orgasms go beyond the physical. It has a lot to do with your mental and emotional state. So own your sexiness, mums! It’s the first step to great pleasure with hubby.

4. Got body pains? Your orgasm can cure that

A study has found that orgasms don’t just give pleasure, but provide pain relief as well. 47% of the study’s participants reported how orgasms worked faster than painkillers when it came to easing headaches.

“There is some evidence that orgasms can relieve all kinds of pain — including pain from arthritis, pain after surgery and even pain during childbirth,” Los Angeles-based nurse Lisa Stern tells Woman’s Day.

…or 15 minutes, claims this technique.

(Out of all the interesting facts about female orgasms, this has to be one of the most promising.)

Yes, female orgasms can last for a long time. It all starts with finding your G-spot. This isn’t always near your clitoris, mums! It varies for each woman. But it is typically a slightly rough patch found within the vagina.

6. During orgasm, your fears disappear

Your entire body might be tingling, but the part of your brain that controls emotion, fear, and safety reflexes turns off, just for a bit.

Your body also releases large amounts of oxytocin, or the “cuddle hormone,” causing you to trust your hubby more.

According to Medical News Today, not only do orgasms relax you, they also stimulate the brain to enter a trance-like state or an altered state of consciousness. Sounds magical, right?

7. Everyone has faked an orgasm at least once

Don’t worry, you’re not alone, if you have faked it at least once. Other mums have faked it, too. Women fake orgasms for a variety of reasons, such as not wanting to injure their hubby’s ego or simply just being too exhausted to keep going.

Though there’s no harm in “faking it until you make it” when it comes to sex, you could be depriving you and hubby of a truly pleasurable experience. So make sure to communicate your needs with him and work together to make sex better!

8. You can orgasm even just by kissing or nipple stimulation

Penetrative sex isn’t the only path to the big O. Even non-genital stimulation, like kissing, petting, or nipple play, has been found to result in orgasms.

Get creative, mums! There is no surefire way to orgasm during sex. Sometimes orgasms sneak up on you out of nowhere, while other times it takes more work and effort. The important thing is to embrace the journey.

9. Orgasm “gaps” can happen even to the most sexually in-tune couples

Don’t despair if you can’t seem to orgasm during sex even if your hubby has. Even the most sexually compatible couples can experience inconsistencies in the big O department.

“We still have an orgasm gap,” notes Dr. Herbenick. “While 85 percent of men thought their partner had an orgasm during their most recent episode of sex, only 64 percent of women reported having an orgasm.”

10. Most women will take a while before they can get there

Inconsistencies can also happen when it comes to the pace of achieving orgasms. Your hubby could climax early, while it takes you about 20 minutes of foreplay and sex to get there. Don’t worry, this is perfectly natural.

Experts recommend that you talk to your hubby about it, so you can work to slow him down during sex. This can be done through placing pressure around the base of his penis to keep him from ejaculating. But it is also important for him to calm his mind and to concentrate.

This will take massive focus on his part, but the end result will be totally worth it!

This article was first published on AfricaParent.com

I'm a radio Dj,blogger,teacher and entertainment critic who loves music and like promoting creative art to the world.
Previous Ghanaian COVID-19 patient threatens to take her own life over stigmatization
Next Coronavirus: Government announces funding to support prostitutes since they cannot work now 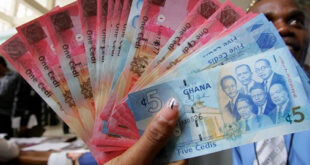 Here are 5 ways to invest your money in Ghana 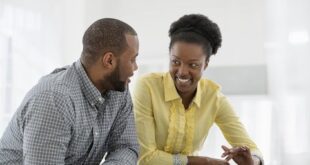 [Must read] Things every couple should discuss before getting married 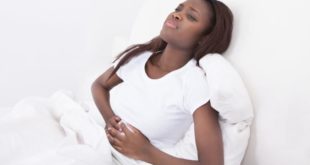 [For Ladies] Foods To Avoid During Your Monthly Period 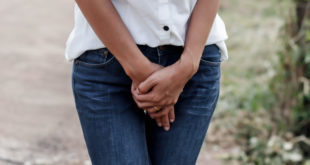