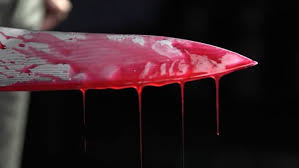 A commercial vehicle driver has been remanded by the Koforidua District Magistrate Court “B” Presided over by His Worship Eric Daning for stabbing a passenger to death over a disagreement on Social Distancing breaches.

The Driver has been provisionally charged with murder and expected to reappear before Court in two weeks.

Information gathered indicate that the driver and mate picked a quarrel with the deceased and his brother who joined the vehicle on Suhum to Koforidua road after complaining that the driver has overloaded the Vehicle in breach with social distancing.

This created a heated argument in the Vehicle between passengers on the other side and the accused driver and mate .

Upon reaching Akwadum round about, the deceased and his brother angrily alighted , slammed the door of the vehicle while casting insinuations.

This angered the Driver and mate to physically attack the two brothers. In the process, the mate allegedly pulled a knife for the driver who stabbed the deceased multiple times to death.

His brother also suffered multiple knife injuries but is currently in critical condition at the Eastern Regional Hospital in Koforidua.

The Public Relations Officer of the Eastern Regional Police Command DSP Ebenezer Tetteh told Starr News that the driver was immediately arrested by the Police at Akwadum but the mate is on the run.

Due to the Coronavirus Pandemic, President Akufo Addo, and various District and Municipal Assemblies have directed that drivers reduce the number of passengers they transport at a time to help observe social distancing protocols to minimize the risk of infection in public transport.