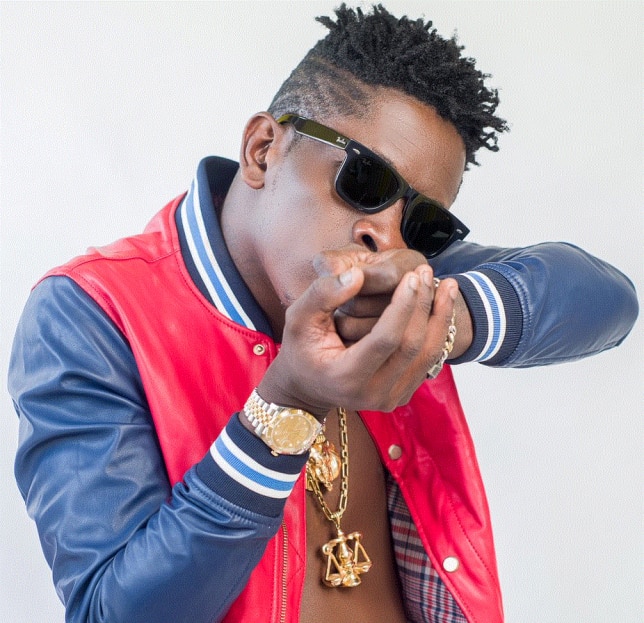 The beef between Shatta Wale and Sarkodie has taken a different dimension.

What appeared to be a general diss song to Sarkodie’s detrators has reignited the Shatta-Sark rivalry.

Shatta Wale in a Facebook live video on Tuesday, April 07, 2020 said if Sarkodie does not stop throwing shades at him, he’ll beat him.

“You’re a kid and I will beat you because you no dey think in times of corona if ebi another time you dey do me this beef thing ah go take am normal but time way people dey die …,” he added.

Earlier in the day, Shatta Wale in his response to Sarkodie’s diss song ‘Sub Zero’ on TV3 took a jab at Sarkodie, saying this is not the right time for Sarkodie to do a beef song.

“If Sarkodie is interested in beef at this time of the year when people are dying then I’m disappointed,” he had said.

According to the ‘Melissa’ hit maker, he thought Sarkodie would rather be donating some few things to some needy people.

“And you see, RAP, RAP, RAP, our elders don’t even like Rap, they prefer Highlife so rap is not even going to stand strong,” Shatta added.

Not enthused by this, Sarkodie tweeted, asking Shatta Wale to stop fooling.

“Berma gyae gyimie no … you feel say I get time to throw shot at you by this time… emotional singers,” Sarkodie tweeted.

Meanwhile, most music enthusiasts have said that the song was rather directed at Asem who earlier had done a video to diss Sarkodie.

I'm a radio Dj,blogger,teacher and entertainment critic who loves music and like promoting creative art to the world.
Previous Sarkodie Replies Asem In His New Release; Dissing Him “Basaa”
Next Everything that I have comes from rap – Reggie Rockstone fires back at Shatta Wale