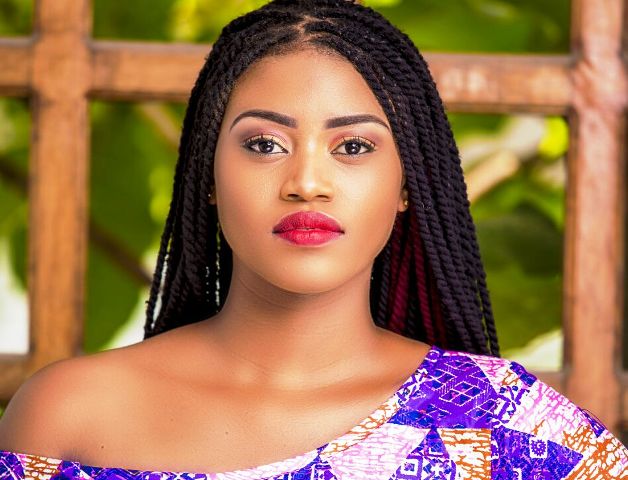 eShun Discloses How She Turned Down $100,000 Sex Offer

Ghanaian Afro-Pop singer, eShun has disclosed that an investor offered to inject $100,000 into her music if she would spend a weekend with him in Dubai.

The ‘You Only Live Once’ singer who said she turned down the offer, disclosed this in an interview on Accra -based radio, Class FM on July 20, 2018.

Talking about challenges in the music industry, the silky voice artiste recounted that: “I had somebody call me, I don’t know him from anywhere, and he’s like, I’ve seen your work, I like you, I’ve checked your Instagram handles and how it’s going so how can he invest into my carrier and, so, I told him to talk to my boss so that he sees where he can come in.

“I believed everything got down to money because whatever it is, you’ll need money, whether is TV or radio, whatever it is, and he was like money is not a problem for him and that he’s willing to invest $100,000, I was super excited.

“I was so happy, but we had been waiting for long for the money, we spoke but he didn’t really mention the money, so one day, I was like, I wanted to ask him if the money was coming any time soon or he just wants us to wait a bit.

“Then he told me the money is not a problem but before he gives me the money, he would like to spend the weekend with me in Dubai.

“I was like: are you saying until that happens the money won’t come?’ He was like not really but then he wants to show me some things and that is the place he will like to take me and after, he can give me the money.”

“I asked him: So, is that the condition, no, I don’t think this sounds right. Initially, when he called he should have mentioned that I wouldn’t even have given him attention, so I just backed off.”

According to eShun, the investor told her many ladies do that and she was not special than those ladies in the industry that he has helped.

“I didn’t even bother to ask him of the names of those women, I just hang up,” she said.

eShun is currently promoting her latest song titled ‘I want.’

I'm a radio Dj,blogger,teacher and entertainment critic who loves music and like promoting creative art to the world.
Previous eShun Discloses How She Turned Down $100,000 Sex Offer
Next Lack Of Time Prevented Us From Addressing The press; Stonebwoy Speaks On UMG Deal