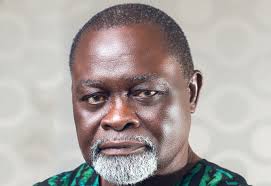 “Most Of The Current Songs Destroying The Youth” – Says Azumah Nelson

The award-winning boxer who turned 60 recently believes lyrics of most current songs are impacting the youth negatively.

He told Joy News’ Becky “most of the songs we make are destroying the children; our future generation”.

According to the retired boxer, he fears the state of the music industry should lyrics of the sort keep dominating the airwaves.

He, however, mentioned that the likes of M.anifest amongst the new crop of artistes as making a difference.

According to him, “M.anifest in this generation, I say, he is one of the best among the musicians. When it comes to rap, he raps, he does so many other things.”

The legend also revealed that for his training sessions, he used the music of the reggae maverick Bob Marley as well as highlife legend Amakye Dede, as motivation.

I'm a radio Dj,blogger,teacher and entertainment critic who loves music and like promoting creative art to the world.
Previous Kuami Eugene, Kidi And King Promise Are Small Boys, I Can’t Date Them – Songstress
Next I Want To Collaborate With Stonebwoy, Sarkodie – Obaapa Christy