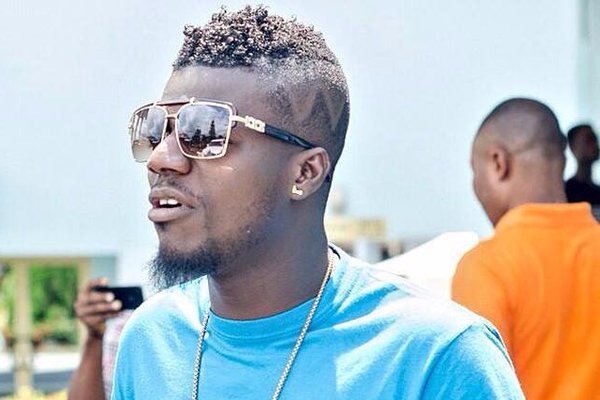 Pope skinny reacting to the policeman in the viral video for beating up a nursing mother at Midlands Savings and Loans. In a tweet said;

GHANA POLICE DNT RESPECT THE LAW, THEY ARE THE ONES BREAKING THE LAW. BUT ON THE REAL, IF YOU CATCH THE WEED SELLER AND TAKE BOTH HIS WEE AND MONEY AND LEAVE HIM TO GO. WHO ROBBED WHO-WHO IS THE CRIMINAL HERE. 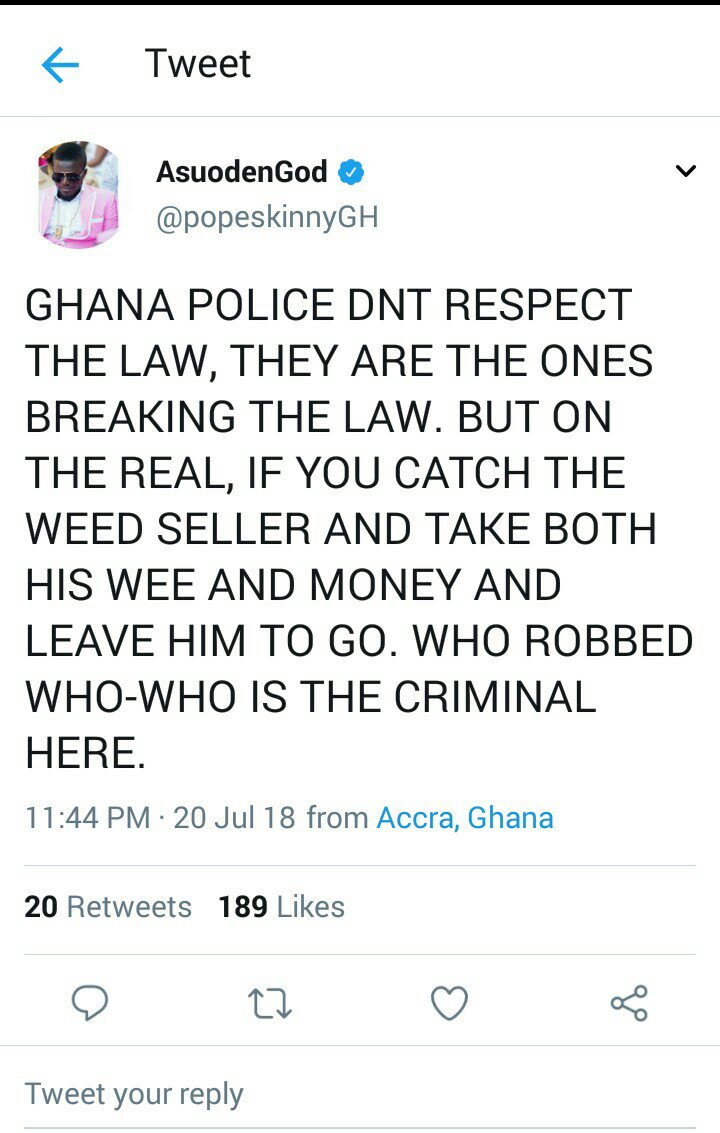 However Frederick Amanor, the police officer on guard duty widely condemned for assaulting a woman at the Midlands Savings and Loans has been arrested for further investigation.

I'm a radio Dj,blogger,teacher and entertainment critic who loves music and like promoting creative art to the world.
Previous Policeman In Viral Video Arrested For Beating Up Woman With Baby
Next 5 Things You Need To Do To Become Top Socialite