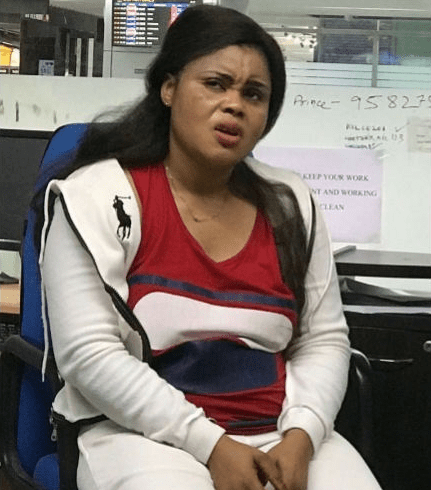 Nigerian Lady Busted With Cocaine Concealed In Her Vag!na

A Nigerian lady has been busted with LSD blots and cocaine concealed in her vag!na at the Kolkata unit of the Narcotics Control Bureau (NBC) in India.

30-year-old Blessing was busted and arrested at Kolkata from Mumbai the moment she landed at the Netaji Subhash Chandra Bose International Airport around 9.20 PM on Monday.

“We had prior information about the lady and accordingly planned our arrest operation. Last night our officers got a lead that she was arriving from Mumbai-Kolkata Jet Airways flight. We rushed there and intercepted her.

“During the search, our lady officers found only 20 LSD blots from her bag. But later she took out 12 grams of Cocaine from her private parts.

“She was having pain in her lower abdomen and revealed that more contraband substances were concealed inside her vagina.

“We immediately rushed her to a nearby hospital where her trans-vaginal USG report confirmed our hunch.

“Preliminary investigations revealed that Blessing was staying in Mumbai for the last two years on a business visa and the consignment seized from her possession was meant for a person in Kolkata.

“We have a few more leads and we will interrogate her once she will be released from the hospital. It seems that she is a part of the international drug racket”.

I'm a radio Dj,blogger,teacher and entertainment critic who loves music and like promoting creative art to the world.
Previous I Performed On An Empty Stomach In Some Churches, Got Paid With “God Bless You” – Hanna Marfo
Next JJ Gonami Officially Signed First Artiste On To Seethem Empire Records